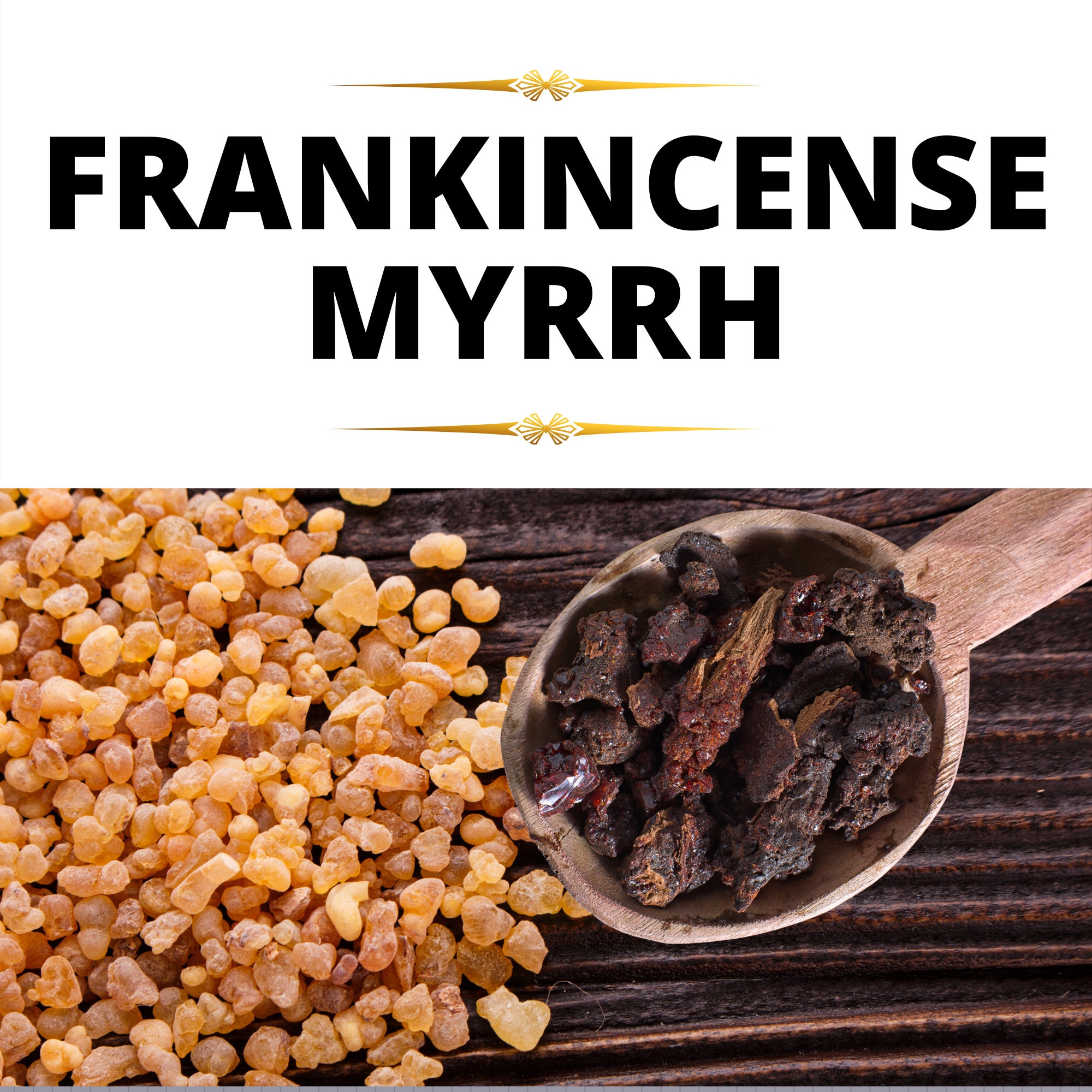 WHAT IS FRANKINCENSE (SOURCE WIKIPEDIA)

WHAT IS MYRRH (SOURCE WIKIPEDIA)

Myrrh is a reddish-brown resinous material, the dried sap of a number of trees, but primarily from Commiphora myrrha, which is native to Yemen, Somalia, the eastern parts of Ethiopia, and Commiphora gileadensis, which is native to Jordan. The sap of a number of other Commiphora and Balsamodendron species is also known as myrrh, including that from Commiphora erythraea(sometimes called East Indian myrrh), Commiphora opobalsamum and Balsamodendron Kua. Its name entered English from the ancient Greek name for the daughter of Kinyras, ruler of Cyprus, μύρρα, which is probably of Somali or Arabic origin, where it is known as (مر: Murr).
The name "myrrh" is also applied to the potherb Myrrhis odorataotherwise known as "Cicely" or "Sweet Cicely".
High-quality myrrh can be identified through the darkness and clarity of the resin. However, the best method of judging the resin's quality is by feeling the stickiness of freshly broken fragments directly to determine the fragrant-oil content of the myrrh resin. The scent of raw myrrh resin and its essential oil is sharp, pleasant, somewhat bitter, and can be roughly described as being "stereotypically resinous". When burned, it produces a smoke that is heavy, bitter, and somewhat phenolic in scent, which may be tinged with a slight vanillic sweetness. Unlike most other resins, myrrh expands and "blooms" when burned instead of melting or liquefying.
Commiphora myrrha tree, one of the primary trees from which myrrh is harvested.
The scent can also be used in mixtures of incense, to provide an earthy element to the overall smell, and as an additive to wine, a practice alluded to by ancient authorities such as Fabius Dorsennus. It is also used in various perfumes, toothpaste, lotions, and other modern toiletries.

Ship out in a zip-lock bag or plastic bag. Without label.

I'll do my best to meet these shipping estimates, but can't guarantee them. Actual delivery time will depend on the shipping method you choose.

Ship items back to me within: 14 days of delivery

Request a cancellation within: 0 hours of purchase

But please contact me if you have any problems with your order.

The following items can't be returned or exchanged

Because of the nature of these items, unless they arrive damaged or defective, I can't accept returns for:

Questions about your order?

Please contact me if you have any problems with your order.

Resin was full of bark and hardly any scent. I won’t be ordering again

Very Disappointed, no scent at all what kind of resins did you send me, l paid frankinsence and myrrh.

0 items in your cart